When You meet energy Qi for first time

Firstly, I would like to describe how I’ve heard about Qigong for the first time. I was in the high school and at some point I was interested in ReiKi, mystical method of healing that came from Japan. It was channeled by Zen master Usui before 2nd World War. I was drawn to ReiKi by the consciousness of mystical energy called Ki (Qi) and simplicity of directing it. Actually at that time I was interested in everything that had any connection with energy field, aura, chakras… I got an attunement  to ReiKi 1. Intuitively I somehow knew that that was a theme that is important for me.

At the same time my hobby was school theatre, which gave me an opportunity to feel more and more and start recognizing vibrational nature of man and the universe, through interaction between two actors, and actor and public. In theatre there you talk only about energy, vibration and presence. I think it is one of my foundations of working with energy and most beautiful experiences. 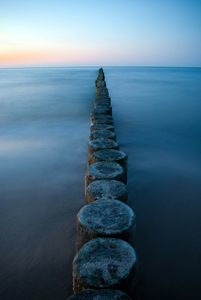 I was reading a book about ReiKi, written by Diane Stein, where in one of the chapters there is mentioned Qigong as a set of exercises, that help energy to flow without any difficulties through energy system. First I was thinking, that these are just another mystical movements and breathing techniques like yoga and I imagined that even from mention of word Qigong I already know what it is and what it means metaphorically: Qi – energy and Gong – musical instrument. Lol! Even today I still meet people who after we start talking about what do I do: »well, Qigong«, think the same.  From then on some time passed and I found my self on university, which was »incredibly« interesting and was so cool as my life was suppose to be and all things that interested me…Some time I was searching for the opportunity to start learning Taijiquan, which was presented to me by assistant professor, on Directing classes, as supreme martial art and complete system which is actually based on Qigong. I got an opportunity, I came to class only once and never again. Reason: it wasn’t the right time yet. I was too young.

While changing and deciding the universe will support you, but decision needs come from you

Later on while walking on the streets I started seeing posters inviting to Aikido classes. I wanted to start with training but couldn’t make my self ready to action. It wasn’t the right time, yet. I was 20 and something. I met Smiljana, she was already 5 years in Aikido, which was for me at that point whole eternity. With love I lost my hindrances and start going to training three times a week. This was followed by training of Qigong and Taijiquan with Milan Vidmar, who also tought us Craniosacral therapy.

Every morning we both encouraged each other with example not with words, that we did Qigong, and at the beginning that was something I thought I will never get accustomed. That this will never be something as natural as breakfast. During these years doing Qigong became something that my day would be just imperfect without. It helps me carry on my plans, aims, paths, changes. It helps me stay healthy, full of energy and in focus.

Qigong removes stagnation of energy, which is in extreme cases manifested as illness. It stimulates flow, which is at it’s highest form sensed as love, freedom, abundance… To me Qigong offers medicine for everything and a way of continuous change. Change which is a path and decision.Today I know that Qi is energy and Gong (or Kungfu, Gongfu) is work, or effort, or time which I’ve put into something. It’s a Long Way.

May the Qi be with You!

See also a video: Why I started doing Qigong?