The oldest today known evidence about the existence of Qigong skill (working with energy) is from the period about five thousand years B.C. Through the time many qigong styles and schools were developed. In order to understand qigong better it could be divided into four main categories based on their primary goal (Dr. Yang, Jwing-Ming). The first category is Medical Qigong and the main goal of this group is maintaining health and healing. The second category is Scholar Qigong (Taoist and Confucian) with the goal to maintain health and cultivate a calm mind by practicing sitting meditation. The third category is Martial Qigong where the main goal is to increase a martial effectiveness. The last category is Religious Qigong (Taoist and Buddhist) which aspire to enlightenment.

This division shouldn’t be understand literally as all categories are intertwined and in each of category there are –  besides the main goal – present also elements of other categories. For example: martial qigong primarily strive to increase martial effectiveness but to train efficiently the practitioner has to be in an excellent health condition. Again, in a practice or in a real fight practitioner can be injured and so he/she has to be able to heal himself/herself (especially in ancient times). For a successful practice the mind has to be sharp, but calm and clear.

The knowledge of the history, basic characteristics and practice principles in each of four qigong categories can help us understand better the differences between them. It can also facilitate our decision what sort of qigong to choose in order to achieve our goal.

In this article I discuss the origin and main characteristics of the first category – Medical Qigong – or more precisely, a segment of medical qigong known as Medical Qigong for Maintaining Health. 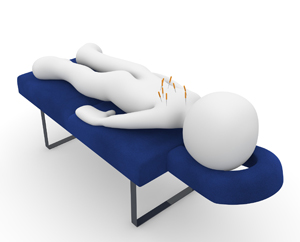 A Medical Qigong is supposedly old more than two thousand years. Based on the finding that the energy circulates throughout entire human body through energy channels or meridians Chinese doctors have developed various sets of medical qigong exercises and other methods as acupuncture, acupressure, massage and healing with herbs. In their work they were using single method or they have combined more of them. Medical qigong is based on the knowledge of Yin and Yang theory, Five Elements, energy channels system and Chinese acupuncture.

Nowadays also the Western medical society slowly acknowledge healing effects of medical qigong exercises and in some places they already use them as complementary method of healing.

Ways of using medical qigong and how they work:

From now on I will focus on the practice of medical qigong exercises for maintaining health.

Among the most popular exercises of medical qigong for maintaining health (that also I and Petar are familiar with and teach them) are Five Animal Sports Qigong (Wu Qin Xi), Eight Pieces of Brocade (Ba Duan Jin), Four Seasons Qigong (Si Ji Gong) and Five Elements Qigong. There are many other sequences of medical qigong but all of them work using similar principles that I’m going to explain.

One of the very important findings of Chinese doctors was that disorders in a qi flow of the body can in time lead to physical damages or cause diseases. If the qi flow in a specific energy channel (meridian) is too weak or too strong it means that gradually there will be a dysfunction present also in an internal organ related to this channel. The supreme principle of Chinese physicians was that is better to prevent than to cure. To balance the qi level is the best and the most simple way to a health. Disorders on an energy level are easier to balance than it is to cure dysfunctions that already manifested on a physical body. In the last case the healing process is usually longer, more demanding or even impossible.

Movement increases a Qi Flow through the Body

The second relevant finding of Chinese physicians was that movement increases qi flow through the body and that people who regularly move get sick less often, are less subjected to degenerative diseases and they also age more slowly than people who move very little and predominantly sit.

Chinese physicians have developed special movements designed to increase a qi circulation in a certain organs or area of the body. These movements work in a different ways. Some of them use muscles that surround and internal organ to gently compress and then release an internal organ. In this way qi flow is stimulated around the organ and in an organ itself. Then there are other movements designed to stretch and relax tissues around the organ in order to make “a space” and allow to the organ to “breathe” again. A third group of exercises activate some or all of twelve meridians, or extraordinary meridians, or acupuncture points on these channels.

Some of the oldest sequences of medical qigong exercises developed by physicians imitate certain animals. In time we humans have lost a connection with a nature and consequently also a lot of inner instincts that were of great use to us. A lot of them were related to the knowledge of how to strengthen and conserve our qi. Nowadays majority of people impulsively waste their energy. Consequences of this life style are tiredness, chronic fatigue, scattered mind, fast aging and a lot of other diseases.

Chinese doctors supposed that wild animals are more connected to themselves as we humans. By observing their movements and their behavior they have developed exercises that would help  humans to re-establish their lost balance.

A very popular sequence of such exercises is already mentioned Five Animals Qigong or Five Animal Sports Qigong (Wu Qin Xi) which was created approximately two thousand years ago by the doctor Jun Qing. The sequence was modified and popularized by famous doctor Hua Tuo (221-265 B.C.). Exercises imitate five animals – Tiger, Deer, Bear, Ape and Bird. Each of animals is connected to a certain element and to related internal organ. There are many other Five animals qigong sets which imitate other animals (for example Dragon, Tiger, Leopard, Snake and Crane).

After observing the nature and its cycles for thousands of years ancient Chineses come to conclude that a qi circulation of human body is related to the change of seasons. Therefore in each of the season arise typical problems related to a certain internal organ. For example, when a winter comes and is colder problems with kidneys and bladder can develop because in this season these two organs are the most sensitive. It is very common for people with weak kidneys to have a lower back pain in a winter time.

Chinese doctors developed special movements that support faster body adjustments to the coming season. These sequences of medical qigong exercises were named Four Seasons Qigong (Si Ji Gong) and were primarily developed with a purpose to maintain health, but later they started to use them also in healing purposes. 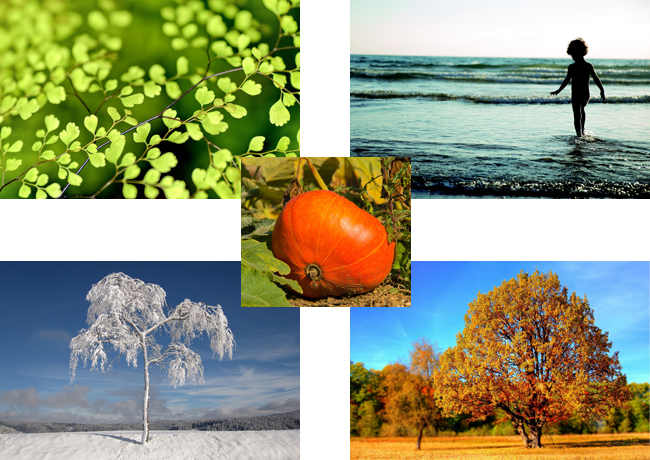 In a medical qigong it is not rare that sounds are used together with exercises. Six healing sounds of Buddhist origin are usually used. Each sound is related to a certain organ. These sounds are used for example in Five Elements Qigong and they were added later also in Five Animal Sports Qigong. Sounds are used to create explicit vibrations which also help to relax internal organs. You can find some sequences of medical qigong which are focused more explicitly to the use of these sounds (for example Six Healing Sounds Qigong).

A regular practice of medical qigong is very effective to maintain a body balance. But if a health condition already demands a healing treatment, Traditional Chinese Medicine (TCM) use also other methods as acupuncture, acupressure, massage and herbs…

In general, medical qigong exercises for maintaining health are not strenuous or very complex. They also do not require deep concentration or long hours of training. They can be done by anyone.

Nowadays there are more and more people in the West that practice this sort of Qigong daily as a way to maintain health. To appreciate and support our Health when we still enjoy it, it is in my opinion the most effective, clever, simple, funny and light path that we can choose.

May the Qi be with You!