What would Qigong be like without the energy, Qi? It would be only a Gong. So, only a time and an effort which is the literal meaning of the word »Gong« in Chinese. In our context, it would mean only physical exercises, done without the purpose of cultivation of  the whole being including the energy aspect.

We are dealing with an art

Qigong is an art and therefore has its vibrational potential. Art needs to vibrate. It needs to transcend or transmute and bring the best out of us in the form of harmony, virtues, contentment etc. Qigong does that and because of this qualities has also a healing potential and only because of that it is also useful in martial arts, which wouldn’t be arts if there were no Qi cultivation involved in training.

You might think that martial skills like »modern« Mixed Martial Arts are arts, but are exactly the opposite from the arts, if I am addressing before mentioned qualities of true arts. This is however not true for Chinese martial arts, if trained properly. Classical training puts Qi cultivation in the same place if not even higher with all the other aspects. Applications training is only one of them, especially if we are talking about internal martial arts.

Internal martial arts are Baguazhang, Xinyiquan, Liuhebafa and Tajiquan, respectfully. I could also mention others which do not fall in this specific category, but have also their roots in Daoist or Bodhidharma’s tradition and cultivate those other aspects mentioned before.

Yiquan is relatively new and is a part of the Wang Xiang Zhai’s school of Xinyiquan. Even though he simplified this standing training, it still has roots, respects the processes that individual needs to go through and is internal Gong or Neigong in its original form.

Have your eyes opened

What we tend to do while we are practicing Qigong is close our eyes. Even though this is a good idea sometimes for bringing the attention from the outside world towards the internal, in Yiquan you need to have your eyes open. Your attention and awareness need to stay here and now. You need to heighten your perception with the opened eyes and you need to lead the Qi like nothing is happening around you. You need to lead the Qi no matter what is happening around you. And you need to be prepared for everything. After all this is a Qigong training for martial artist who is practicing Xinyiquan which is also known as »Form-intention-fist«. This is one of the most lethal arts in Chinese tradition. And it gained this reputation exclusively because of the training of mind, spirit and will of practitioner, that also comes from determined training of Yiquan. Standing still is not easy!

So, during the practice you should look forward, not downwards. I mention this only because this is also one of the things we tend to do during our Qigong practice in general. 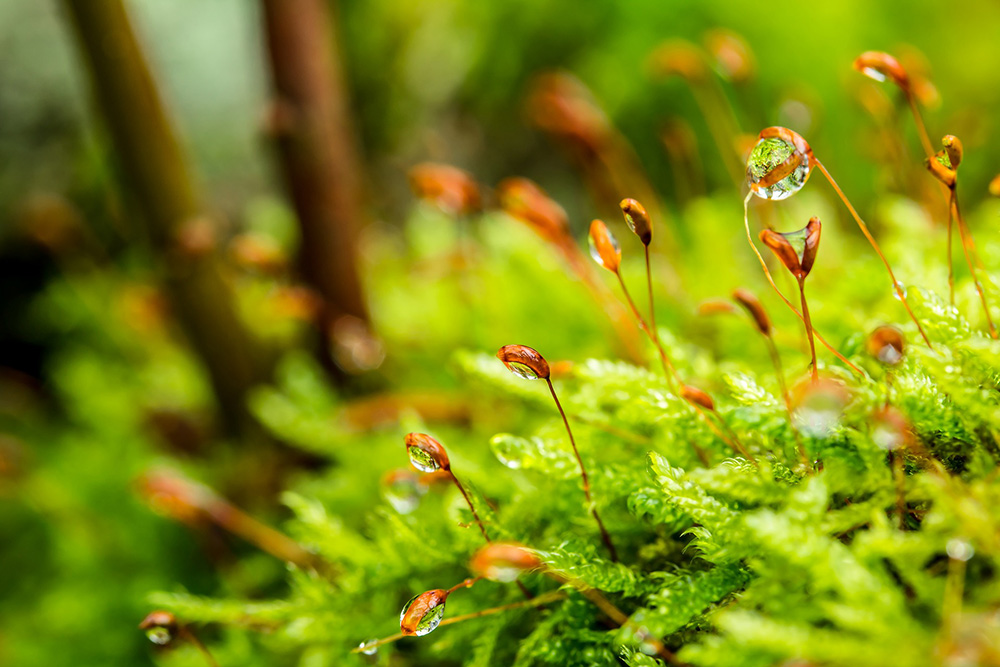 Energy flow and understanding of meridians in Daoist system

During the training energy will and should fill, in time, your energy meridians which are normally not mentioned in medical community. This includes extraordinary meridians and collaterals.

You should be aware of extraordinary meridians, especially of Chong Mai extraordinary vessel, since this one is of our great concern in leading the Qi. Our perception, if it is based upon a theory of meridians of Traditional Chinese Medicine, will help us to the degree that we know what is where and how the channels run. However, Daoist uderstanding is not quite the same, as some of us might think. One part of the Chong Mai is a central line, the other two are right and left branches.

Central will always run through the centre of a body, but it will also run to body limbs and the head all the way up to Baihui or Du-20. We know that Chong Mai runs from the Baihui to Huiyin or Ren Mai-1. It runs under the course of Ren Mai extraordinary vessel and Kidneys meridians. This line will also open into the limbs, when enough of the energy will be accumulated in your system. Don’t expect this to happen with just a finger snap! These lateral branches of central part of Chong Mai run to the limbs through the central line of the limbs, between the rear and front part of the body. I like to imagine to lead Qi into the bones, which isn’t exactly the same, but is in a way.

You will see that in future many complicated things will be simplified and plainly understood. This will happen with practice and deepening of your experience. Your experience, time-effort or Gong is the prerequisite for understanding how the energy Qi runs and with that understanding the nature or Dao.

Example: If I take my arm, through the central line runs central branch of Chong Mai, on the left and the right runs one of the lateral meridians embracing the central line and the bone at the same time.

It is the same with head, neck, spine, body and legs.

Said this, we can imagine the energy system composed from these three branches. This image should be a part of our mental training, since you will be filling up these exact reservoirs.

How to move Qi

The most important things should be presented simply and understandable, so here’s an understandable explanation: You should bring the energy with your inhalation downwards through the central line of your body and central meridian, down the legs into the ground to feed the roots. At the beginning just lightly concentrate on this part of breathing and leading of Qi. You’ll know when you are ready as it won’t be overwhelming for you. Start also moving your attention upwards while exhaling and leading the Qi upwards. First you will fill the central meridian and then you’ll fill the lateral meridians.

Beside being able to breathe deep and properly, there are three areas on your body that will help you relax even deeper. First one we have already discussed and these are your shoulders. Relax  your shoulders and check them from time to time during the practice for inconvenient unrelaxed positioning. You should relax shoulders again and again until your practice becomes a habit. This can be done quickly and efficiently by connecting mentally two points representing the shoulders with lateral line going from one side to the other.

The second is abdominal diaphragm, which should be relaxed for optimal deep body breathing. You can imagine two points below the diaphragm; one in the level of liver organ and the other in the level of pancreas or left side of the body and connect them and breathe and relax them. Your diaphragm will be very happy about it.

Third area are Kua points in the level of hip joints. You can imagine two points in groin, where is the section between your leg and your pelvis. Connect those two points and relax and open your Kua. Just breathe in and they will open. All these three areas are crucial for satisfactory results in Yiquan practice.

What’s the next step?

There is always a next step when you’ve decided to go beyond your limitations that were placed before you as barriers in your life and in this marvelous experience called your life. Next step when you have come to this point is to practice Yiquan daily and see what happens.

Here, I need to mention two authors and great teachers who are sharing some very valuable and clear information about Yiquan practice, one is Bruce K. Frantzis and other is Mark Cohen. Mark Cohen’s book about standing practice »Inside Zhan Zhuang« goes into depth and clears some misunderstandings about the practice. Also see Master C S Tang‘s book about Yiquan. All three  mentioned authors and teachers are very knowledgeable and I respect them deeply.

Hope, I will see you on the other side. 🙂