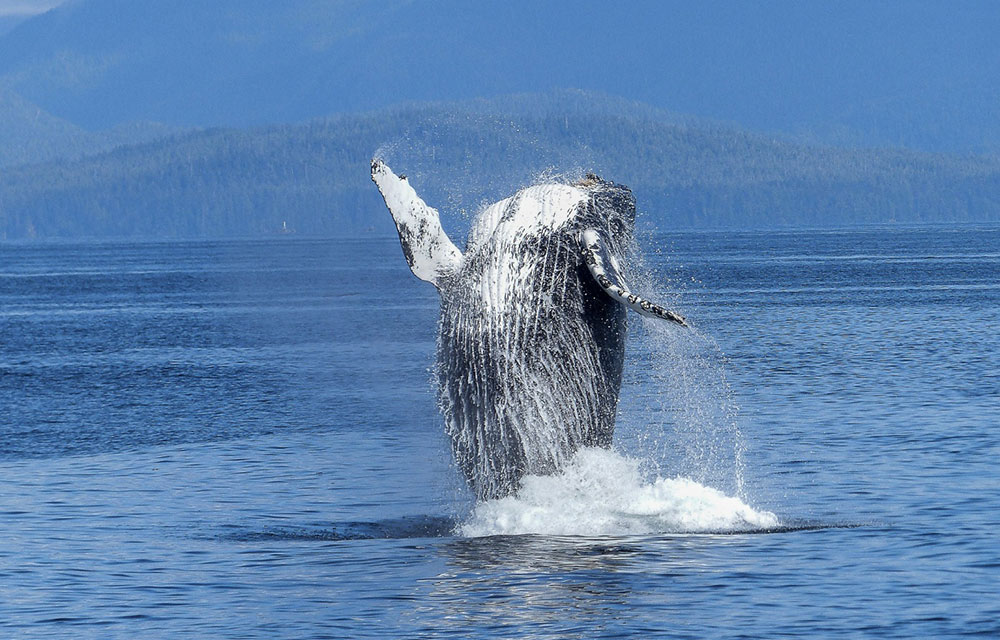 In the last few blogs about Qigong breathing Smiljana was talking about normal and reverse abdominal breathing. In the next two posts I’m going to concentrate on why would you ever want to learn and practice this type of breathing? Why is this practice essential for a deeper Taoist Nei Gong practice.

Reverse breathing is an important step in a Taoist spiritual alchemy. It is a practice that is becoming a myth, because it is misunderstood and because there’s a lack of experienced teachers who know what is its purpose and how to grasp it. Some scholars think it should be forgotten as it is a method of breathing which is unnatural and unhealthy according to their »humble« opinion. Their skills might be highly developed in one way or another. Yet, they oftentimes lack patience which is a reflection of the time and the era that we live in. Practitioners who start to practise reverse breathing in a wrong way (too soon, too forcefully etc.) may have negative experiences and they tend to quit their practice after few attempts. What they are looking for are instant results in Plug’n’Play manner. But just to remind you –  when we talk about Qigong we are talking about the Long Way.

If you have read our previous posts about Qigong Breathing carefully, you have find instructions on how long should you practice a certain way of breathing. How important is gradual transition from one way of breathing to another, for example from chest to normal abdominal breathing, and from normal abdominal to reverse abdominal breathing. Your breathing should be softly as baby’s always, at least this should be your goal. If you rush from one breathing technique to another you will not succeed, you might even get injured. In best case you will be frustrated by Qigong practice and technique, or be angry on your teacher or instructor – but the problem will remain. The problem is in YOU, not in the technique or the instructor.

Buddies, this is just Ego talking out of our bellies, and we all need to deal with our Xin not by pointing on to each other but looking inside ourselves. My Heart/Xin is at peace. In this moment… 😉

What I share with you is a treasure, don’t turn into…

There is a saying: »Don’t throw your pearls before swine.« I believe, that none of you is one. I respect you all. Be respectful as well. Not to me, if you don’t want to, but to this ancient wisdom and experiences, that survived so many centuries or even millennia, just to be used again for the right purpose – Leading the Qi. If someone doesn’t agree or feels offended by my writings or talk, just keep it to yourself. World is full of negativity already, it doesn’t need it some more from you.

Use your mind and energy to do some good, support someone you find to be related to. Don’t use your energy for criticism, destruction and division. Turn around and look for something or someone else who is appealing to you, for whom you can use your energy constructively. Can you dig it? It is you who is being destructive, it is not them… 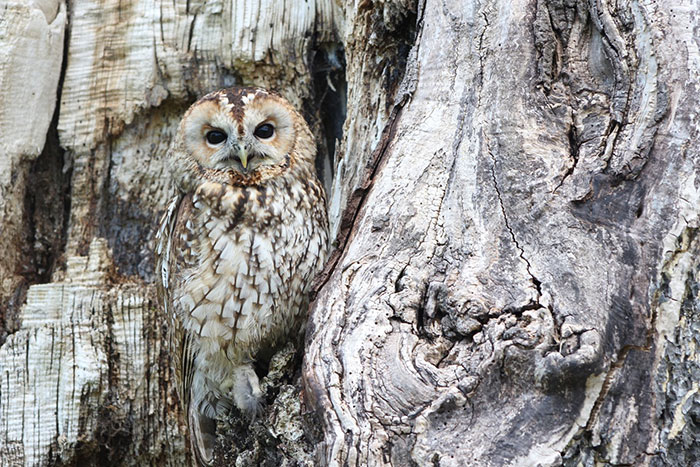 I will describe to you one of the highest techniques I’ve learned (until now) in Qigong and Taoist alchemy. And this is a secret technique that once was considered such a secret that only few of students or just one in a lifetime was taught by master. This is a gold, it is a jewel in the heart of Taoist alchemy.

In embryonic breathing you use reverse breathing but with a different mindset.

Here I will not give you detailed instructions about how to learn embryonic breathing. But briefly it goes like this: First, you find a center of your upper Dantien and a center of the lower Dantien. Then you synchronize them. You can do that by having your mind on both points at the same time. These are two points that are actually One. These two points will stabilize the whole body and manifesting Yin and Yang.

Then you can lead a Qi to a lower Dantien. This process is called »reunion of mother and son«, where son is Shen or spirit and mother is Qi. We are now in the point where the life began, where life was conceived. This state is Wuji state, that’s why this level of breathing is also called Wuji breathing.

Again Qigong is work on more levels not just aerobics

If you want to generate enough energy to reach the level where you’ll have enough energy to open third eye you need to do Qigong. But 20 minutes a day won’t be enough, seriously, and Eight Pieces of Brocade with the emphasis on the physical level really won’t do the job. You need to go through all the phases of cultivation and regulate all five pillars: body, mind, breathing, Qi and Shen. Usually it takes many years of serious practice.

Let me explain what is Embryonic Breathing on a physical level. When you were in the womb, you were helping your mother’s body feed you through umbilical cord by pumping in your abdomen nutrients and blood. You were reversely pumping.  After you were born this impulse was still present only this time it was used for Air intake or breathing. Very soon this movement became Normal Abdominal Breathing. And after some time this Normal Abdominal Breathing was reduced to Chest Breathing…

How you can reverse the time and life not only by Small or Grand circulation, which will help you balance Kan and Li and YinYang, but also bring you into connection with your Heaven and the real Earth?

And now I need to take you back. You will reverse a cycle of life and energy. Turn back the timeclock and go back to the beginning. There is a Way to do that and it is called Path and there’s a Tao. Breathe is the most important tool for that and a fundamental thing. All schools of ancient mistery taught that, though.

If it is so simple to breathe, then you would breathe automatically and no one would give a s*t about it. And there wouldn’t be so many ways and methods of breathing recorded and tested. If those methods and ways were not important, though. Can you dig it? Saying that some method of breathing is useless it’s like saying that »I know everything and I don’t need to learn anything anymore.«  My cup of tea would be full, it would be overfilled.

In the reverse and normal abdominal breathing you have to have a gentle and soft focus on your lower Dantien. You develop your physical skill of breathing fluently and slowly. This period should be done with great patience and none of the steps that we have mentioned in previous posts should be taken easily. When you master the basics you can go on another deeper level and you will understand it not only rationally, which is merely EGO, but deeply and organically as body wisdom.

Oftentimes I heard my fellow people say: “I understand embryonic, reverse and (normal) abdominal breathing.” Seriously, when I went deeper into a conversation, it was clear they have just read something, heard once, done twice or three times and have a completely vague idea of what I mean by those ways and methods of breathing.

There are more then 1000 Qigongs and New ones are being developed with background of many millennia of culture, tradition and wisdom. Then someone comes and says: “This is B.S. I already know all of this. You who share this knowledge are phonies. Why don’t you sell this information if it is so useful?” 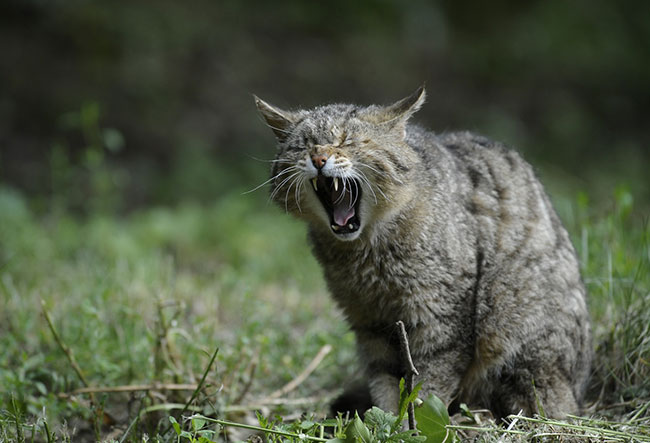 Mind is leading the Qi

When some time has passed and you have regulated your both Dantians you can broaden your field and you start to let the energy flow without controlling.

In Embryonic breathing you are concentrating on your lower Dantien, but beside that also on your upper Dantien or your Third eye region. The center of the second one is in the center of your head which you can find if you draw two lines which intersect. One line is in a hight of the tops of your ears going from one side to another. The other is going from Yintag point on your forehead to Gv-18 on the back of your head. The cross section that you get is a point in the middle of your head where the center of your upper Dantien is located. If you do an (O) MMMM sound you will find it more easily.

Lower Dantian is located between Cv-6, Mingmen and Huiyin. It’s easier to find its center then the upper one. 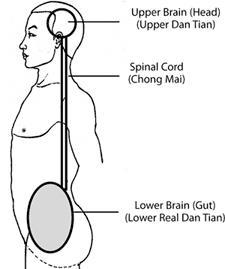 For me the center of upper Dantian is a third ventricle, since I have a profound training in Craniosacral therapy and this region in head is where it all begins, :). But for you it might be your Yintang acupoint or even your whole forehead region, your pineal gland, pituitary gland, your third ventricle, your frontal Cortex, your hipotalamus…or the whole brain and even head. It doesn’t matter, once you will reach this level, these exact physical parts won’t matter anymore, since you will be discovering spiritual aspects of your nature. Your upper Dantien might be felt at this point as a glowing ball expanding and contracting or a big lotus flower opening and closing while you breathe…

I know that some things in this part might seem like colourful imagination of a newager, but things change, when you have been through a process of transmutation and your spirit which resides in upper Dantien is highly energized, by your Embryonic breathing and Qi.

How we do it

Best way to practice Embryonic breathing is in a sitting meditation. After you have gone through many months of practicing and prior steps in breathing, now it’s time to focus on both Dantians. You will connect both Dantians by including the central line of Chong Mai extraordinary meridian which will serve as a bridge and a channel for the energy stream. Now, when you inhale you have a focus on both Dantians and when you exhale you just let the exhalation be. Don’t focus, relax. Ah yes, and you should have the tip of a tongue on the palate of your mouth. 🙂

That’s all for today. In the next post I will talk about connection between Embryonic breathing and Bagua or Eight primary energies.

Hope this post will inspire you to do something new and different.